Every evening before sunset, thousands of people gather at Dashashwamedh Ghat to witness this special ceremony. This tradition has been a part of River Ganges for several hundreds of years. River Ganga or Ganges is an important holy river for Hindus. People consider this river as a Goddess. This ritual is a salutation to the Goddess of the river. Young priests are only allowed to perform this ritual. They are draped in saffron colored satin robes and start the ritual in a synchronized manner. Many oil lamps will be lightened and swung in a synced motion while chanting mantras in chorus. Lamps will be lit, incense stick will be burnt in large numbers and the place will be filled with bright colors. 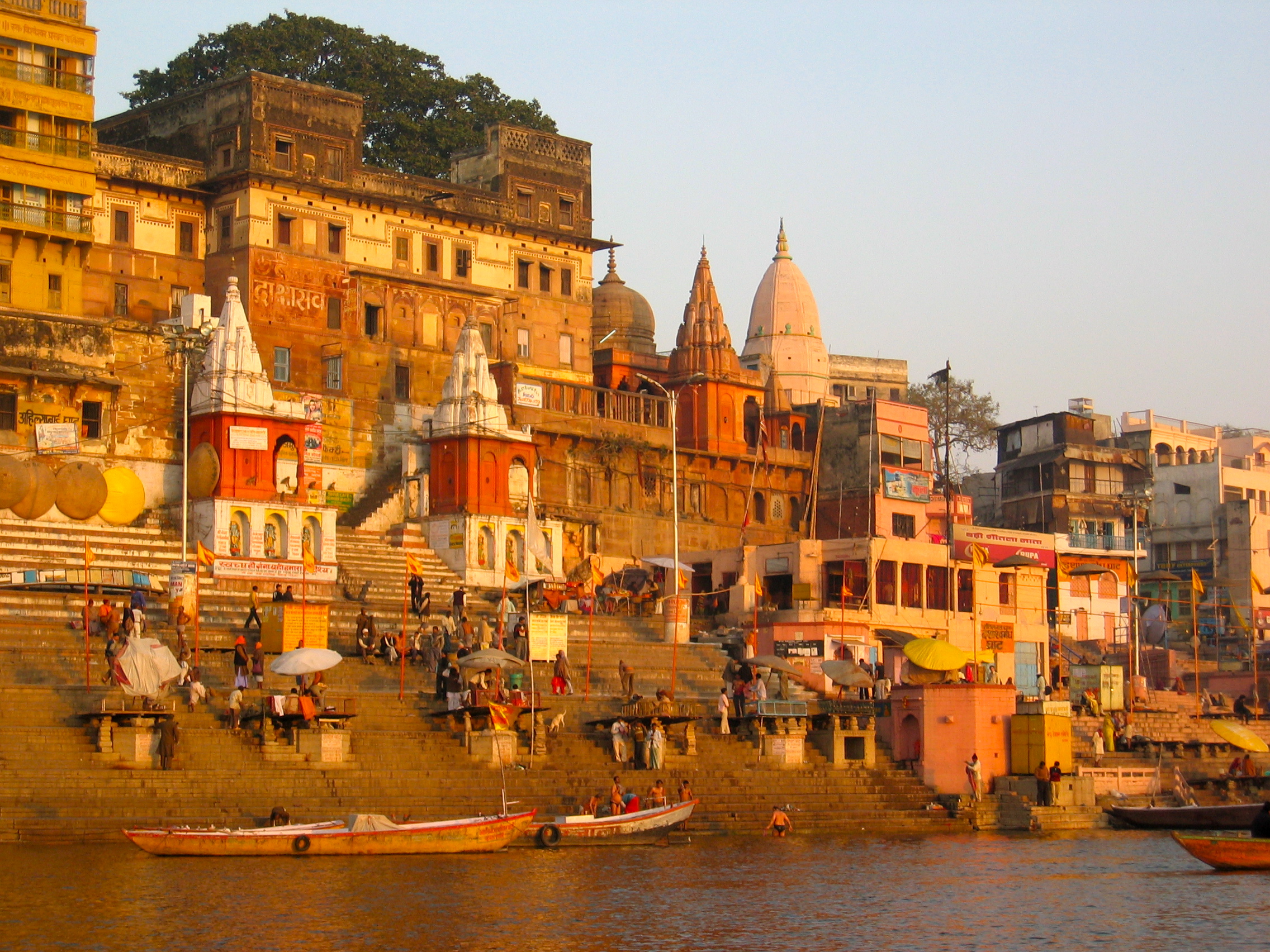 Marigold, roses and other flowers are offered to the river. By the end of the ceremony, the priests pour milk from the podium into the river. This marks the end of the ritual and all the people near the river let go of small lamps on leaf on the river along with flowers. The river will be filled with thousands of floating lamps. Photographers from international destinations visit Varanasi to witness and capture this moment. Tourists take up boat ride during the arti ceremony to get a good view from the water.

With no regards to the climate or natural calamities, the ceremony is conducted during sunset, every day. To get a good view, it is better to visit the Ghat by 5:30 pm. The ceremony stretches for 45 minutes. Crowd is guaranteed. The ceremony starts around 6:45 pm. In winter, the sunset occurs early and the ceremony starts by 6 pm.
If you want to get a good full-fledged vacation, visit during October or November. This is the festival rich season in India and you can spot many rituals during this season. Moreover, it is the winter season and the climate will be pleasing. 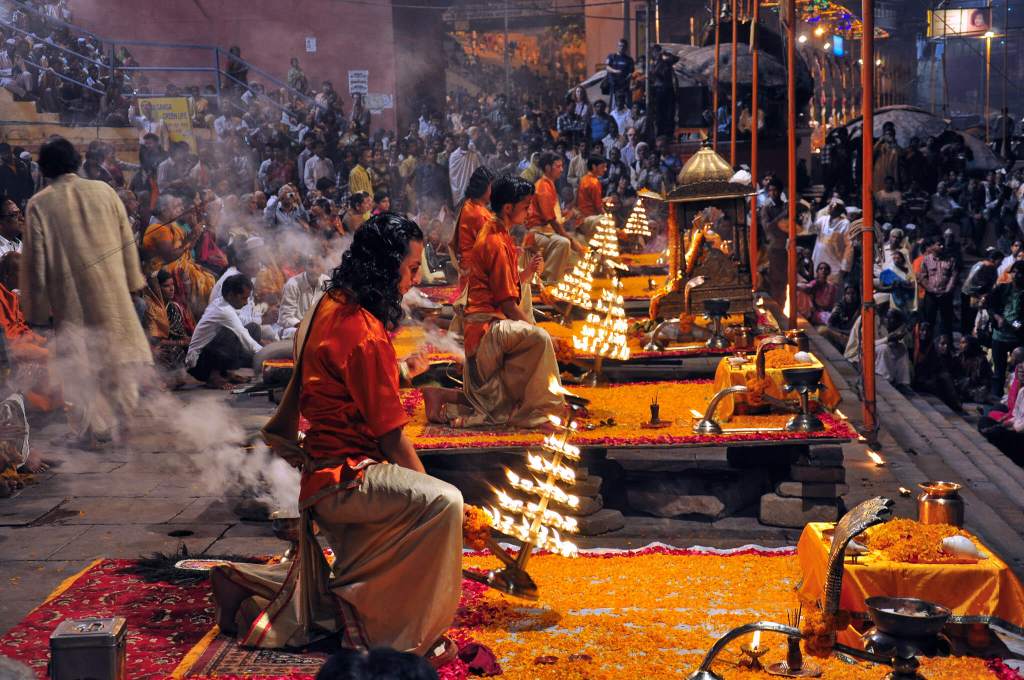 Also Read:   An Unforgettable Experience with the Maharaja Express Train

Varanasi is an important destination in the country. There is a domestic airport in Varanasi. The nearest international airport is located in Delhi. Varanasi is connected to many cities in the country directly or through Delhi by airlines. From airport, many road transportation’s are available to reach the main city.

Many surrounding cities like Delhi, Agra and others have direct buses to Varanasi. Cabs and other transportations can be hired to reach the market. Beyond which the city has to be scaled on foot. The city is connected to the surrounding states and cities through well-maintained road system.

Varanasi railway station receives frequent trains from many important cities in the country. From the railway station, there are numerous road transportation options to reach the river area or the market area. A tuk-tuk ride from the station to the river area would cost around INR 100. The cost would be higher during festival seasons.

You can also reach this place by world’s leading luxury train – Maharajas Express. 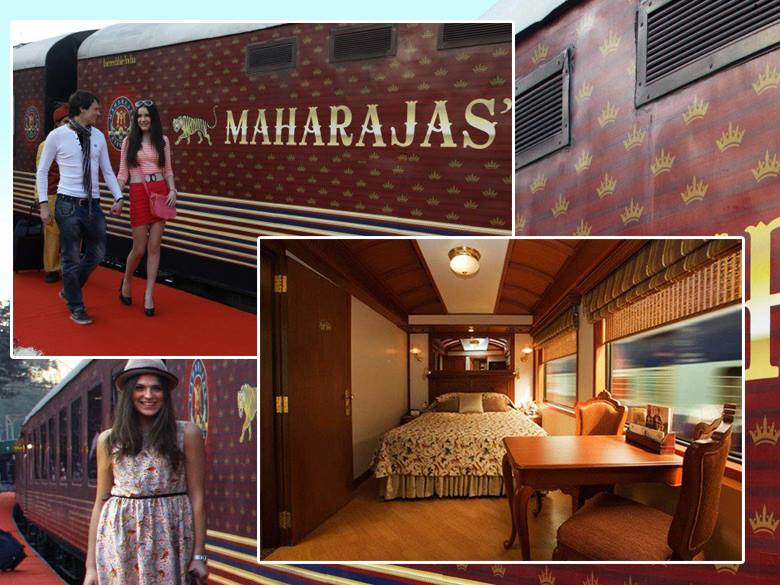 Read On: Amazing Facts About the Maharajas Express Train