Top Places to Visit in Orchha with Maharaja Express

The Maharaja Express provides all the world class facilities to the travelers. The thing which makes the train unique is the interior decoration of the train which gives a feel of India.

Day 5 in The Indian Panorama

The Maharaja Express conducts five different journeys across India and the Indian Panorama is one of them. The journey starts from the capital city New Delhi. Coming from Sawai Madhopur the train arrives in Orchha on the 5th day of the journey.

The ancient city was founded by Maharaja Rudra Pratap Singh in 1501. The beautiful city offers everything to its visitors whether it comes to historical forts, temples or wildlife sanctuary. There is history in every part of the city. The atmosphere of the city is so much Satisfactory. The major portion of the city is located on the bank of a beautiful river Betwa which makes the place more attractive.

Here are some places to visit in Orchha with Maharaja Express:

The fort is situated on the Island of Betwa River. The fort itself has many hideous things and is a home for various temples and palaces. Jahangir Mahal, Raj Mahal, and the famous Rai Parveen Mahal attract the attention of the tourists. The glimpse from the palace is breathtaking. There is some unique thing about every fort in Orchha Fort. Jahangir Mahal is a proof of architectural brilliance that was exclusively found in Orchha in the past. The Raj Mahal is among one of the ancient Forts and the Rai Parveen Mahal is a marvelous Palace with dense gardens atmosphere around it. It was constructed in the memory of a beautiful dancer and poetess, Rai Parveen. She attracted the immense attention of the king Indramani that resulted in the construction of the Mahal in her remembrance. 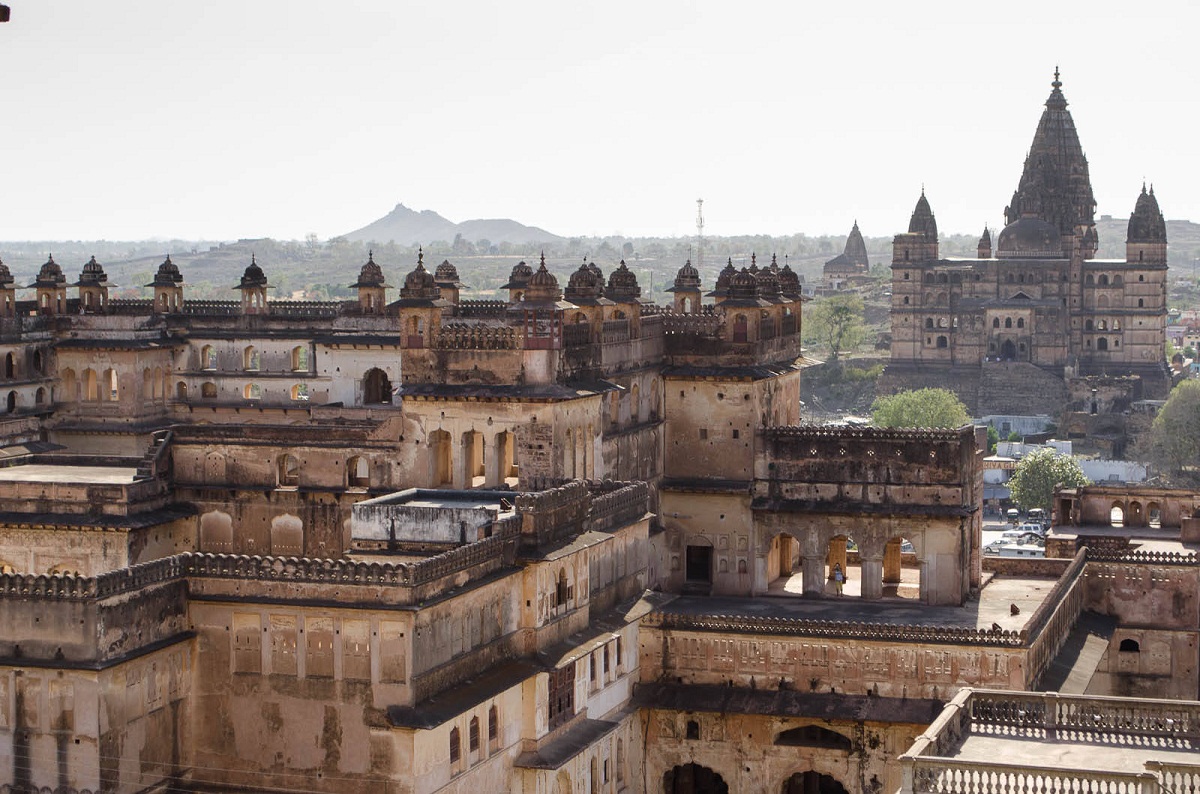 The fort is also known as Rani Jhansi Ka Quila. It was built by Raja Bir Singh over 400 years ago. The fort is located on a rocky hill named as Bangra in the center of the city. The fort is a witness of the tough times spent by the people of Orchha during British Era. The fort covers an area of 49 acres. Also it is among one of the leading fortified areas in the country. There is a museum inside the fort that has ancient sculptures. The museum in the fort give a fine view of the history of Bundelkhand. 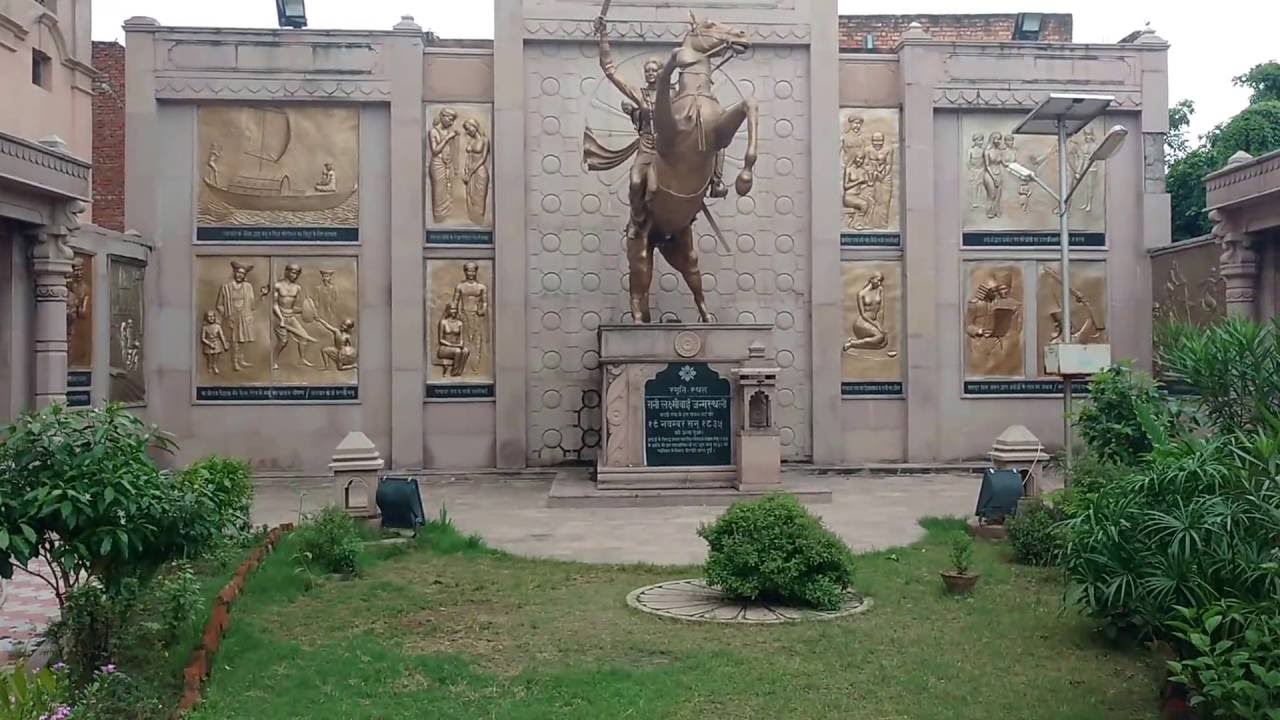 On the Kanchana Ghats of the Betwa River, the collection of the Chhatris is one of the major striking and interesting things in Orchha. These Chhatris are the remembrance of the rulers of Orchha and delivers the story of the divine past of Orchha. There are 13 masterpiece constructed together having closely same structures like temple. Morning and evenings are the best to visit this peaceful place. When the reflection of these Chhatris falls on the Betwa River, it creates a magnificent and unforgettable sight. 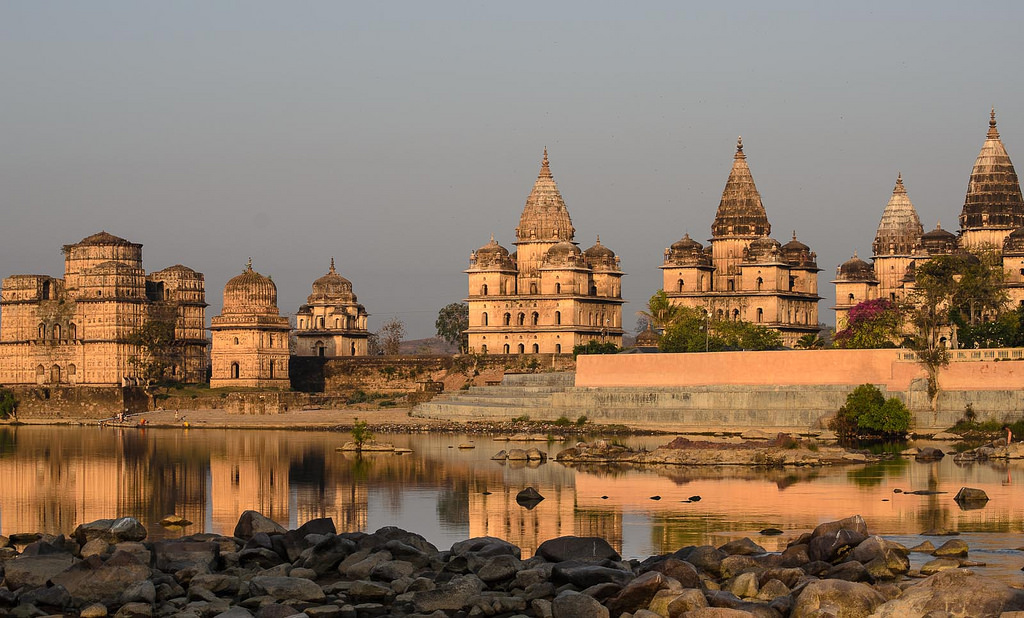 The wildlife sanctuary is a perfect place for the travelers who want something different in the journey. Although the place is small but it is a home to a variety of animals. It was established in 1994. The sanctuary is among one of the most visited tourist destination in Orchha. Nearly 200 species of birds are found in here. Tigers, Langurs, Jackals Leopards, Blue bull and monkeys are the commonly spotted animals in the sanctuary. 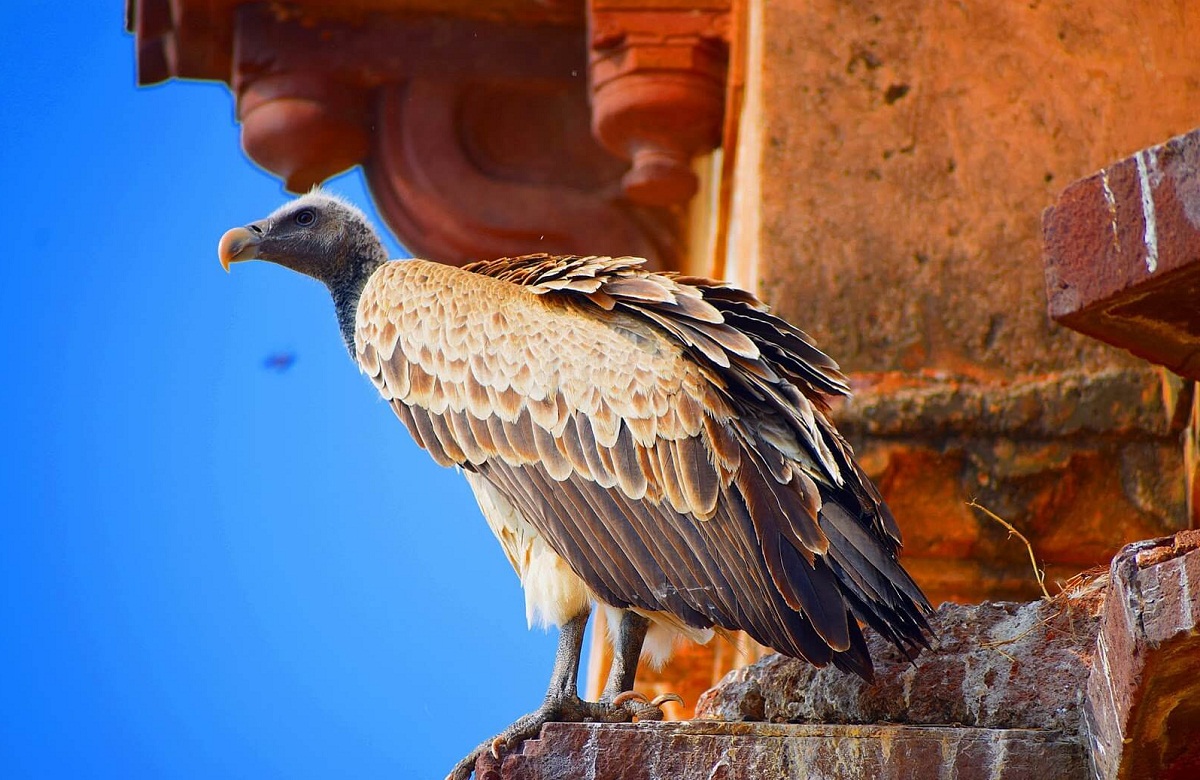 Must Read: About the Ranthambore National Park with Maharajas Express Train

Also Read:   Maharajas Express - An Insight Into the Chronicles of Khajuraho

The temple is built on a huge rocky platform close to the Raja Mahal. Like the other attractions in Orchha the Chaturbhuj temple has its own charm. The temple was built in 16th century by Raja Madhukar as the residence of Lord Vishnu. It is difficult to reach the temple as there are number of stairs to cross. But the amazing view you’ll get to see after reaching the height makes it worth to climb the steps. The outside of the temples is all decorated with lotus symbols and the architectural style is inspired form the forts. 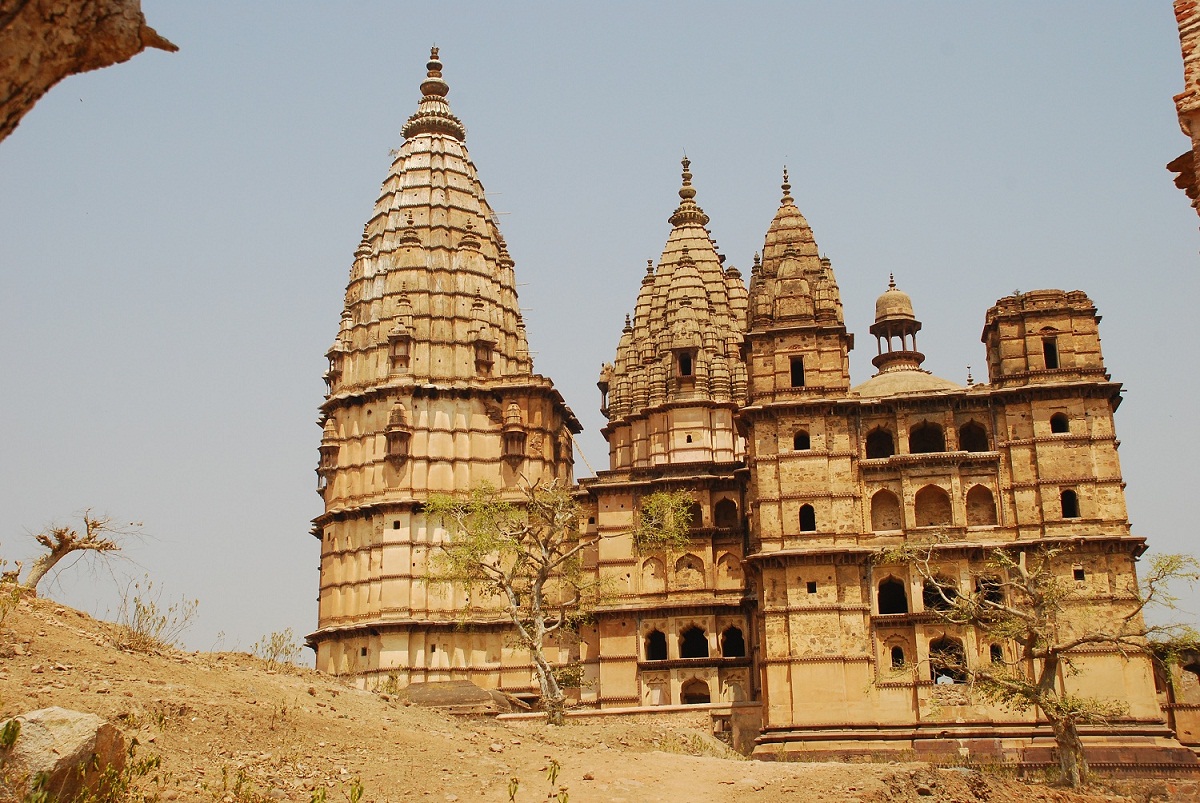 Explore: Top Places to Visit in Jodhpur; The Blue City

The Laxminarayan Temple was built in 1662. As the name suggest the temple is mainly constructed for the worship of goddess Laxmi. The architecture of the temple is wondrous creativity of the professionals of the past as the temple portrays architectural style that is a combination of fort and temple. Splendid paintings on the walls and ceilings of temple increase the beauty of the temple. The lack of maintenance of the temple resulted in the reconstruction of some parts of the temple by Prithvi Singh in 1793. 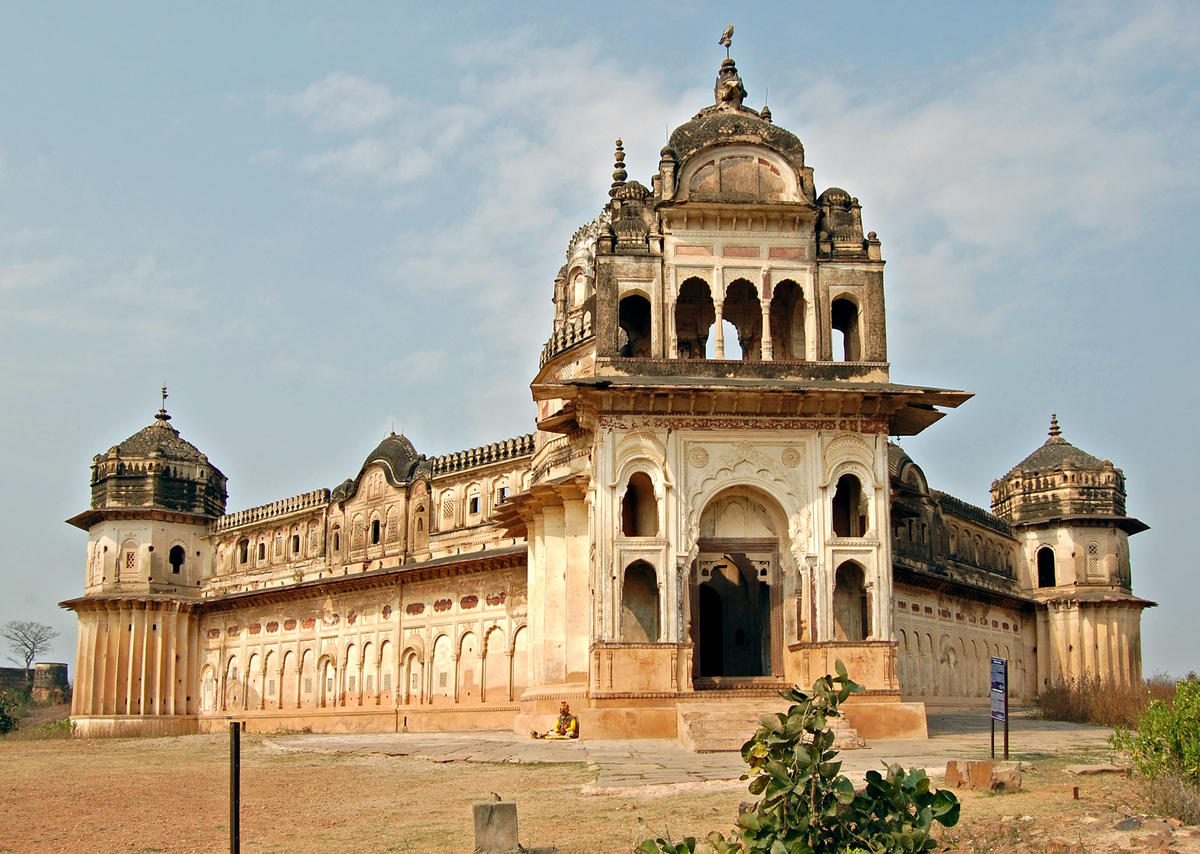 So these are some places in Orchha which deserves your visit when Maharaja Express takes you in this beautiful city. All the forts and temples in Orchha are rich in history and tell something about the glorious past of the country. The location of the city on the bank of river makes it more beautiful. The sights that you will witness in Orchha will remain in your heart for life long.

Also Read:   Top 12 Things That You Should Not Miss in Goa

So embark on an adventure to explore the unexplored section of the country and see amazing things. Make new memories with your friends / family while you travel in the luxury train in style of the Maharajas and feel like royalty during the whole journey. Have one of the best holidays of your lifetime with this train.

So book your trip and avail the best offers!